KiwiTech, a global ecosystem that's home to 500+ portfolio startups, 3000+ investors and 200+ mentors, is thrilled to host its first-ever KiwiSocial in the Kingdom of Saudi Arabia on May 18, 2022. The event is part of KiwiTech's strategic expansion plan in the MENA region, aimed to bring together local entrepreneurs, investors and accelerators to discuss Saudi Arabia's booming startup ecosystem, gain insights and make connections. 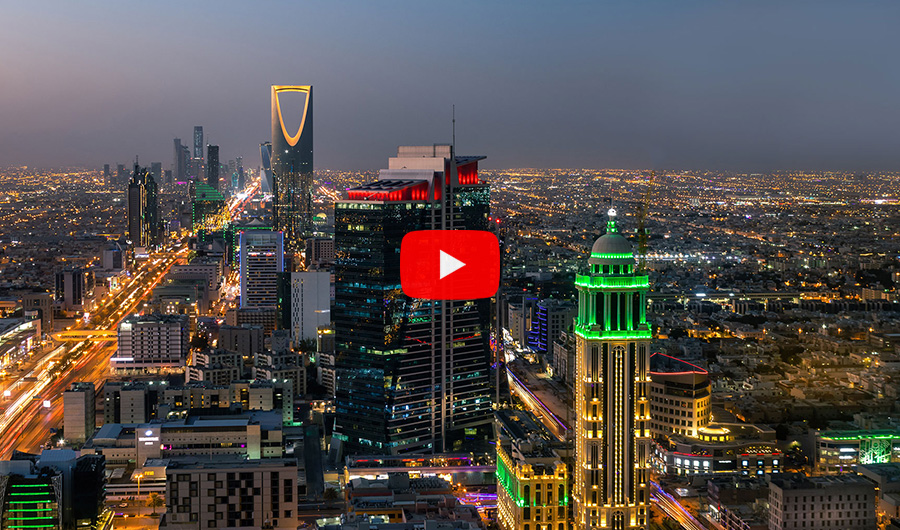 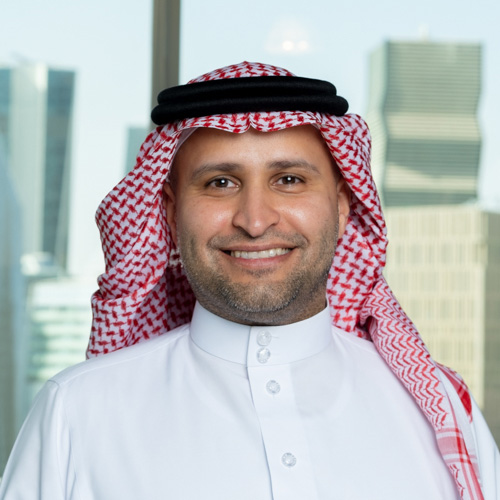 Yousef is CEO at Joa Capital and Managing Partner at S3 Ventures, where he invests in early-stage ventures in Saudi Arabia in partnership with leading Saudi investors and corporations. Prior to that he was the founding managing director at RTF, Saudi Arabia’s first institutionally-backed venture capital fund. He started his career in the oil and gas, management consulting, and investment management industries working at multinationals such as Saudi Aramco, Schlumberger, Booz Allen Hamilton, and Passport Capital.

He holds a bachelors of science from the University of Colorado at Boulder and an MBA from Harvard Business School.

He sits on the board of Saudi Post, Saudi Airlines Catering Company and Saudi Automotive Services Company (SASCO) and previously served on the boards of Saudi Fransi Capital and the investment committee of Saudi Venture Capital Company. 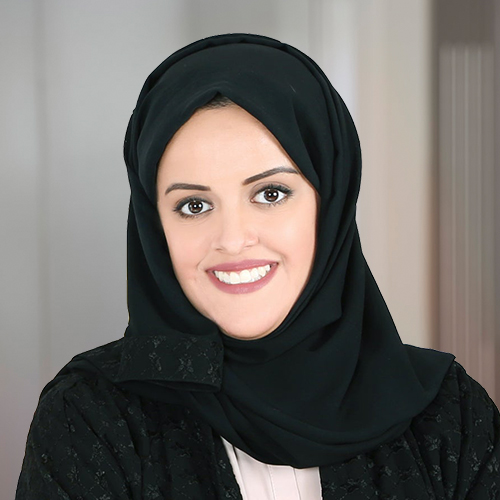 An inventor and a serial entrepreneur, Lateefa started her first company at the age of 16. Currently, Lateefa is the Managing Director for Endeavor Saudi, which is part of Endeavor's global network. Being an Endeavor entrepreneur herself since 2014, she is driven by her believe of how Endeavor-supported high-potential companies can impact local economies positively. She earned her bachelor degree in computer science from King Saud University. In 2011, Lateefa earned a technology management MBA from University of Washington.

Her passion for women empowerment drove her to co-found CellA+ in 2012. A Saudi professional women's network, which has about 3000 members. Lateefa acted as president of the network during 2015. Before that, she started her first steps in Yatooq by manufacturing readymade Arabic coffee blends, and the first automated Arabic coffee machine.

Lateefa received Arabs Women Awards Entrepreneur of the year 2014, and in 2015 she received EY Entrepreneur of the Year for Saudi Arabia. Forbes Magazine listed Lateefa in the Kingdom's most innovative leaders consecutively from 2013 to 2015. Lateefa has also been appointed as board member to the Riyadh chamber of commerce. 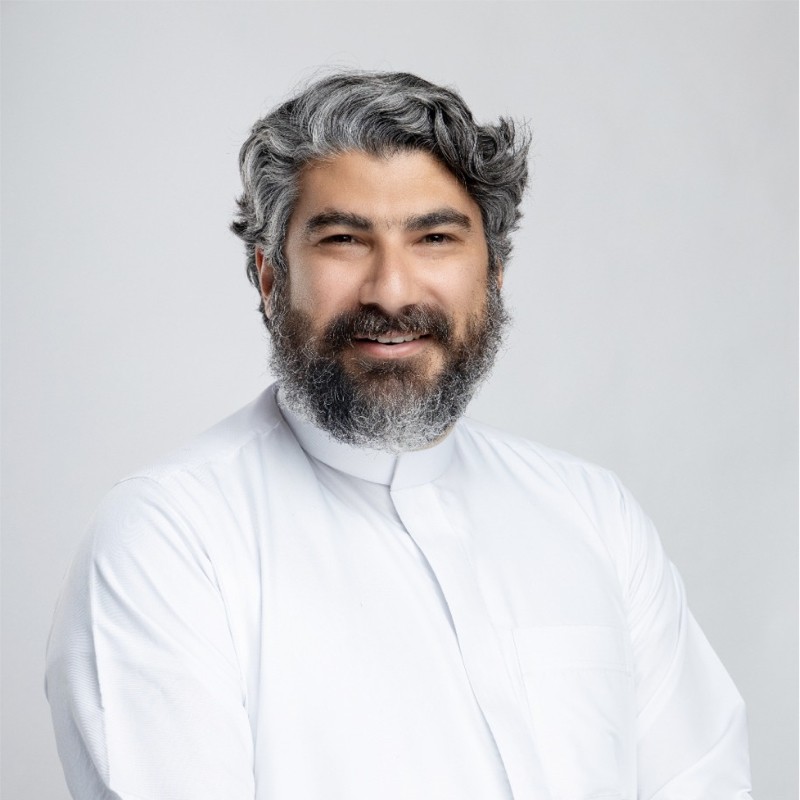 Omar AlShabaan is the co-founder and CEO of The Space. He launched The Space as one of the first co-working space in KSA back in 2013, expanding it today to be one of the leading & fastest growing brand in the business with more than 11 locations owned or operated. Omar is an expert matter, advisor and consultant in the fields of entrepreneurship, innovation and business development.

Having worked in multiple private and governmental sectors for more than 18 years, Omar gained the experience to take on new projects and adapt to the fast changes of the business while leading a team to success and high quality of deliverables. Through his line of work, Omar helped enable many startups across Saudi Arabia and the region and empowered youth and entrepreneurs to establish their companies and go on to grow it into an entity that speaks to investors and grow in the MENA market. Omar holds an MBA and an Executive master degree in Corporate Communication from IE Business School. 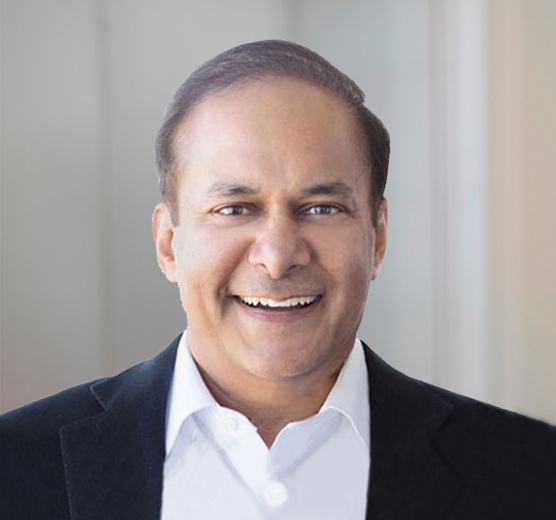 Rakesh is Chief Executive Officer & Founder of KiwiTech. Prior to KiwiTech, he served as a Chairman & Co-founder of Aptara. In 1988, Rakesh co-founded Aptara Inc, which became the world's largest content services company with over 5,000 employees in the U.S., U.K., Australia, Germany and India. Aptara was on the Inc. 500 Fastest Growing Companies list in 2000, 2001, and 2002, and acquired by iEnergizer in February 2012 for $144 million.

Historically, the family was a leader in the metals trading business in India. Rakesh’s grandfather had a monopoly business importing aluminum and tinplate into India. They also dealt in iron and steel, and shipping of commodities. Rakesh’s father immigrated to Ohio in 1949, where Rakesh and his siblings were raised. The sibling entrepreneurial team moved to the east coast in 1989, and presently operates out of New York City and Washington DC. 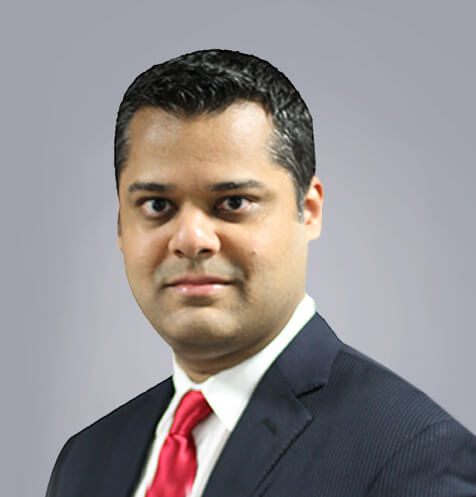 Ike Syed works at KiwiTech as Senior Vice President of Strategic Partnerships and Head of MENA Investments. His responsibilities include mentoring portfolio companies and guiding them around investor connections, growth strategies, international expansion, etc. In addition to leading a world-class team of technology and investment professionals, he also serves as Enterprise and SaaS entrepreneur-in-residence.

He started working in Saudi Arabia in 2011 as a management consultant at Oliver Wyman, where he advised both government ministries and private entities on critical strategic issues. From 2015 to 2016, he led business development and corporate venture capital activities at Saudi Telecom Company. He continues to coach startups across MENA on capital-raising, business development and revenue creation strategies. 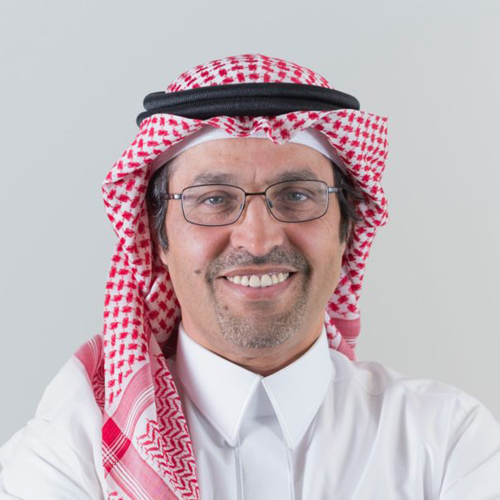 Eng Ahmed Al-Maziad is currently the Founder and CEO of Human Capital Experts. From 2017 to 2019, he served as the Chief Executive Officer of the newly-created General Culture Authority (GCA) of Saudi Arabia, with a remit to establish and build the entity that was responsible for the development and regulation of the cultural economy of the Kingdom, with a focus on film, visual arts, music, literature and theatre and performing arts. Prior to joining GCA, Eng Ahmad was Executive Vice President of Tharawat Holding Company, where he led corporate investment strategy and managed day-to-day operations of the organization.

He also spent 13 years at Saudi Telecom starting as a Policy Director and completing his tenure as General Manager of Strategy, including business development and innovation. He began his career with roles in engineering and management in Proctor & Gamble and Lucent Technologies. Eng Ahmad has a Bachelor of Science in Industrial Engineering from the Milwaukee School of Engineering and an Executive MBA from King Fahad Petroleum and Engineering University. 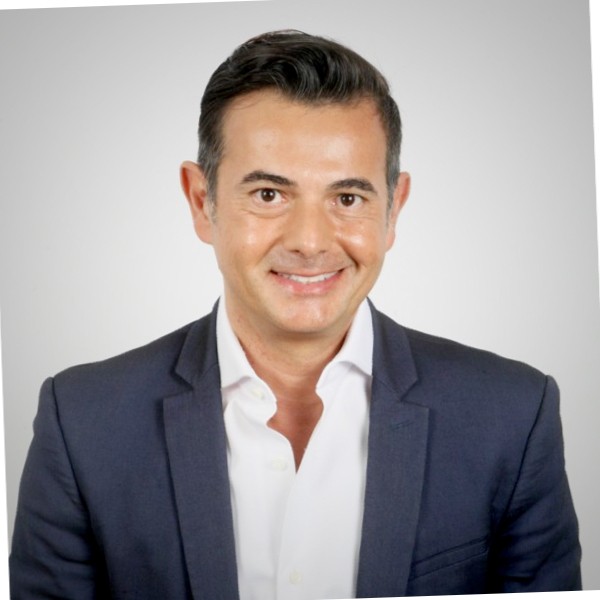 Ivo Detelinov is a Riyadh-based General Partner at Oryx - an early stage VC fund focused on MENA and managed by London-based VC firm Hambro Perks. Oryx has a regional HQ in ADGM, Abu Dhabi and an office in Riyadh.

Previously, he was at Riyad Capital for 7 years heading the firm's PE and VC Funds business and managing Riyad TAQNIA Fund (RTF). Following the completion of an MBA degree (Finance) from New York University's Stern School of Business, Ivo joined the Financial Sponsors Group of Merrill Lynch, where he assisted in origination, diligence and deal execution global PE and VC firms in New York (for seven years) and in London (for three years).

Prior to attending graduate school, he worked at MWI & Partners, a growth PE fund associated with Merrill Lynch. Ivo started his professional career at the Technology Equity Research at Merrill Lynch, where he covered Enterprise Software companies. He is a CFA Charterholder. 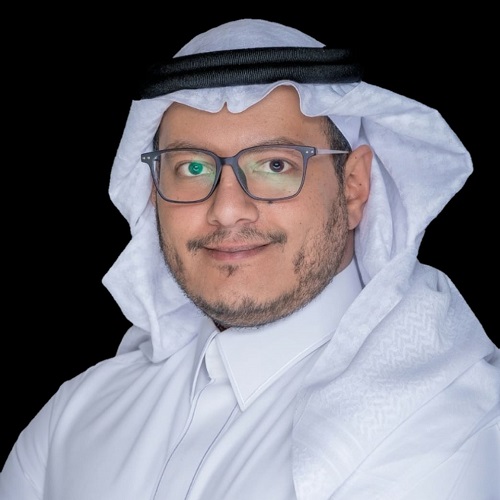 Abdullah is a partner at Seedra Ventures. Over the past 18 years he was a serial entrepreneur and angel investor in the technology space. He mentors and helps companies in Business Strategy, Operations Modeling, and Technology Assessment.

In addition to having an extensive business background having worked in Saudi Aramco, PwC, and SIDF, Abdullah has a knack for technology innovation and has a registered patent from USPTO Last Mile Logistics.

Abdullah has played an instrumental role in startups and large corporates to drive results and impact over the past 17+ years and is now putting his experience to support the startup community. 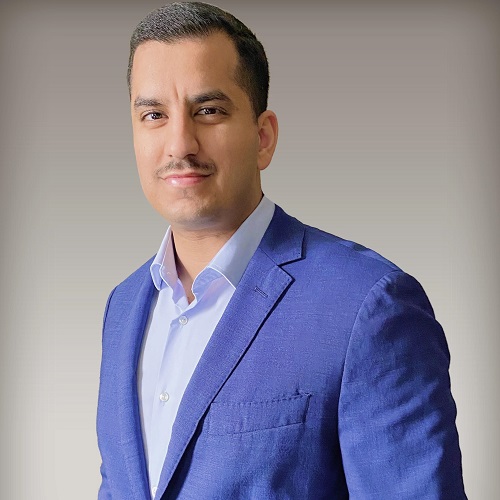 Hatem is a cross-border strategic and venture capital investor with executive-level client relationship management. Currently, Hatem is Principal at SIP Global Partners, which is an international performance venture fund investing in global technology companies. SIP Global Partners is anchored by a top five global technology company. Prior to joining SIP Global Partners, He worked as Head of Venture Capital Investment at Riyadh Valley Company where he was responsible of identifying and negotiating profitable opportunities, and build business cases that will strategically aid government bodies and private companies, along with managing a portfolio of 19 international venture capital investments in areas of healthcare & life sciences, information & communication technology and sustainable resources, and closing deals across USA, Europe, and Asia.

Upon completion of his Bachelor degree in Industrial Engineering from King Saud University, Hatem started his career with Saudi Industrial Development Fund where he was responsible of managing portfolio focused on sustainability, and green technology with total loan commitment exceeding SR 300 million. 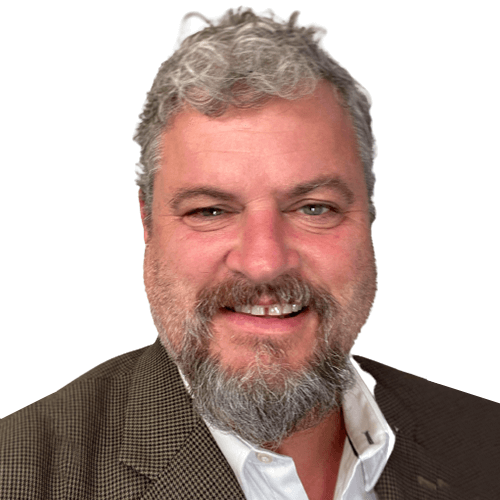 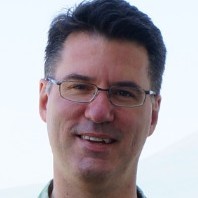 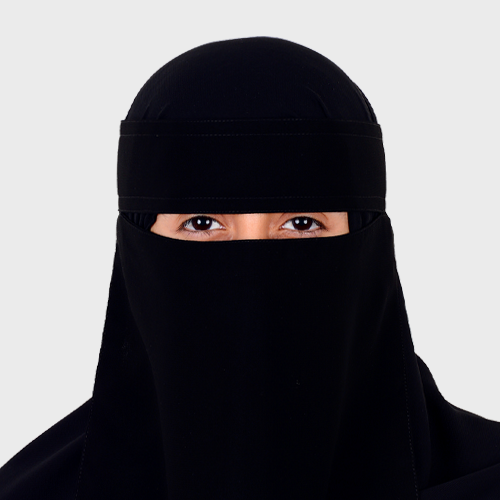 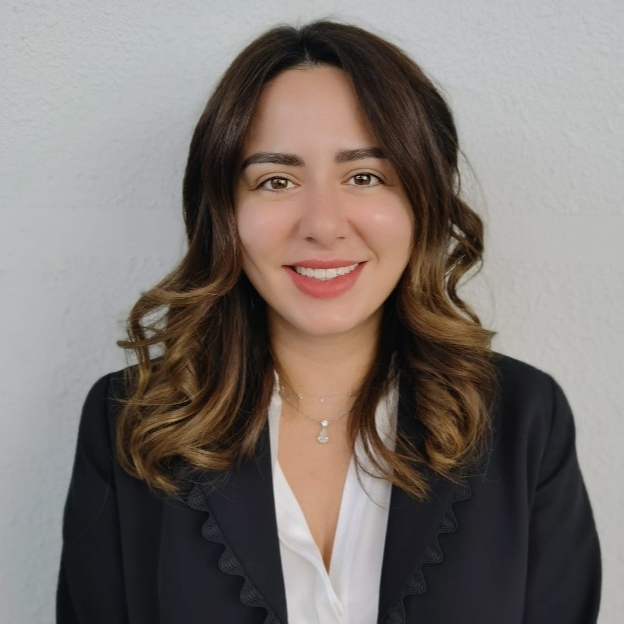 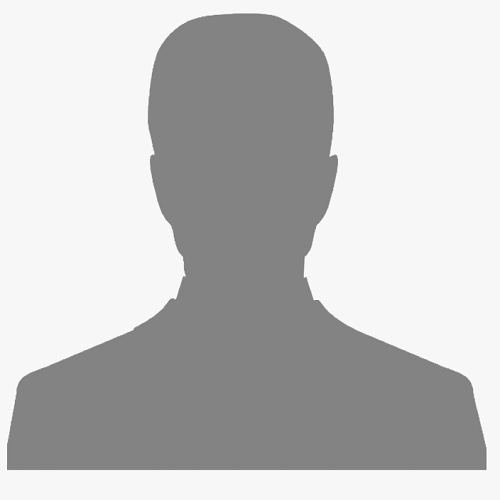 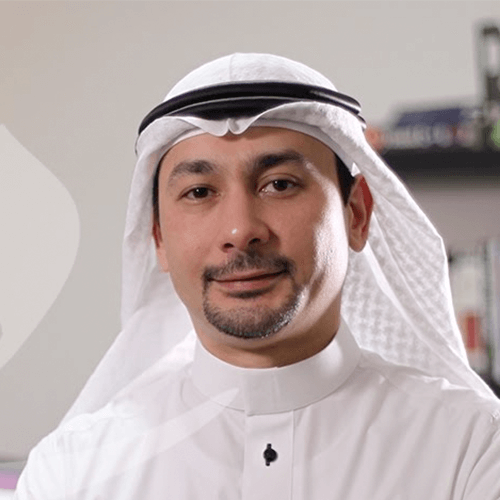 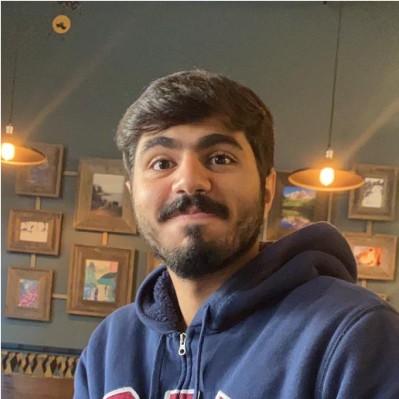 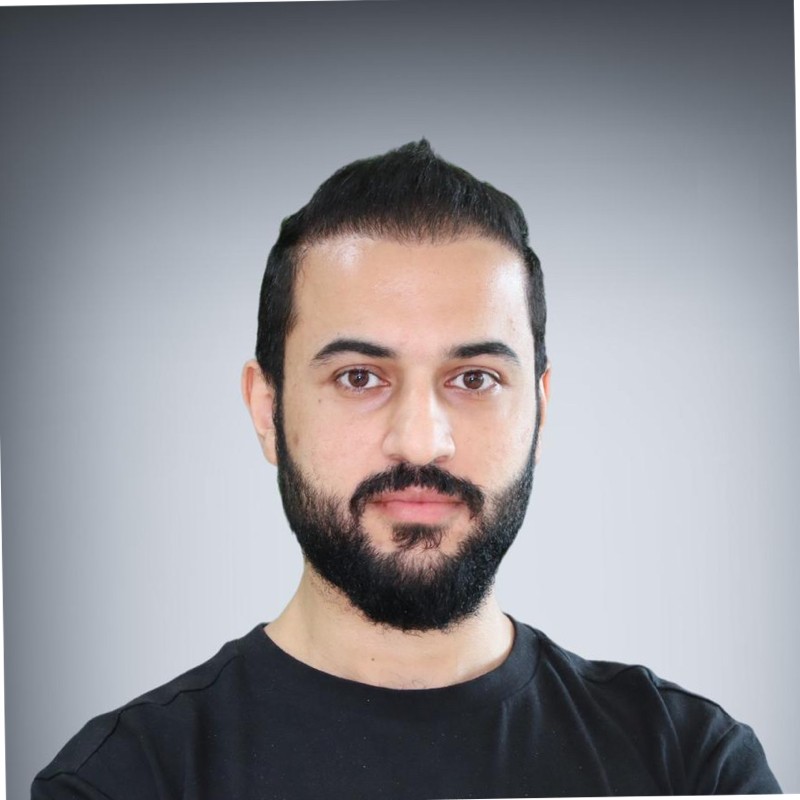 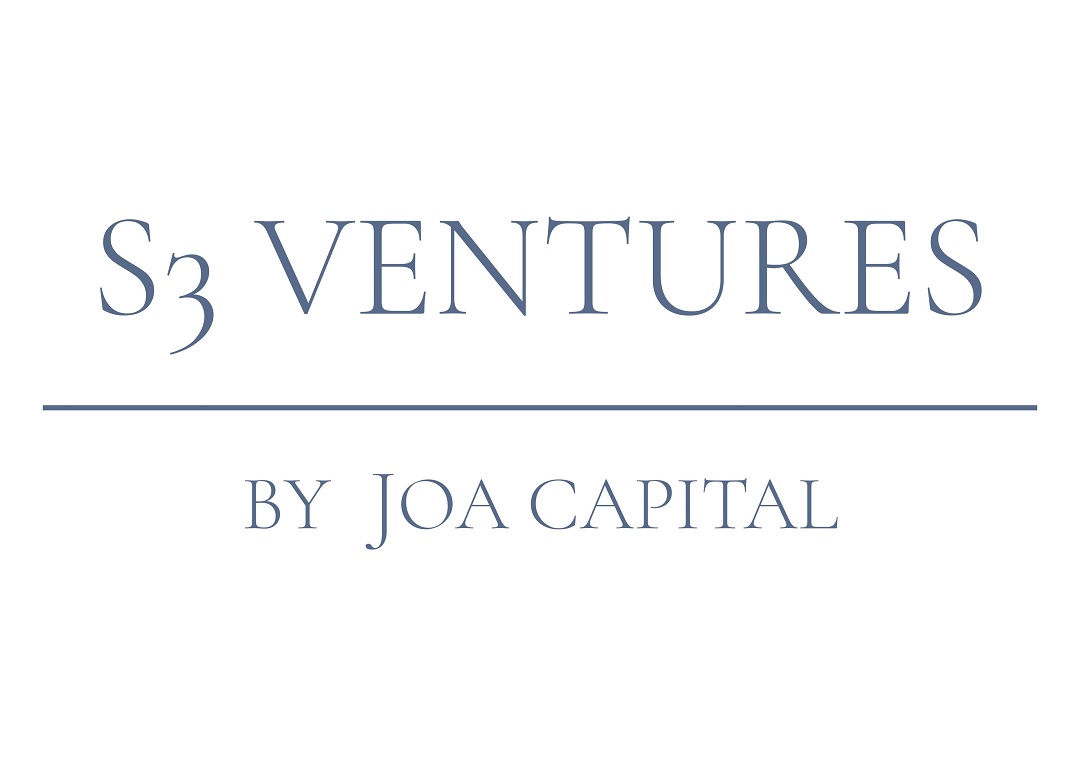 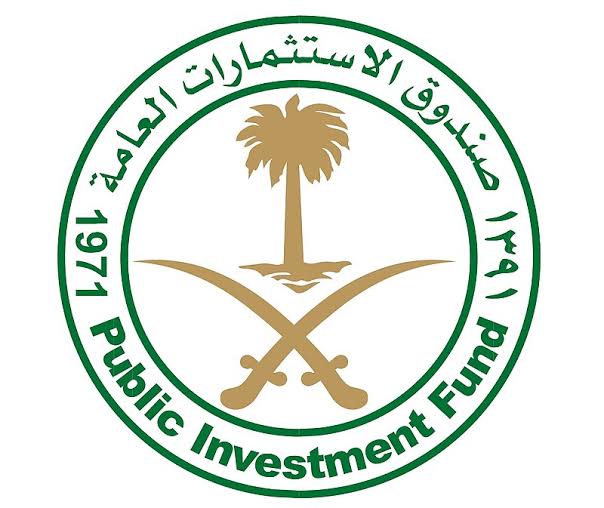 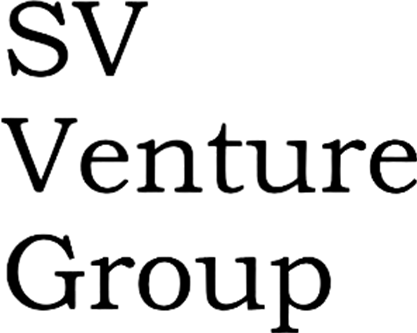 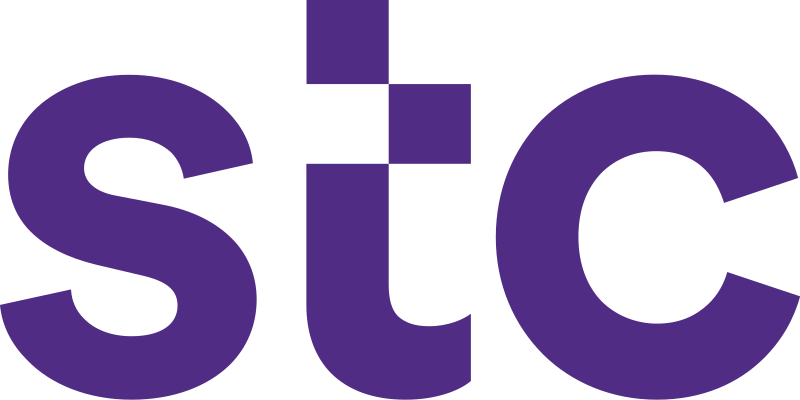 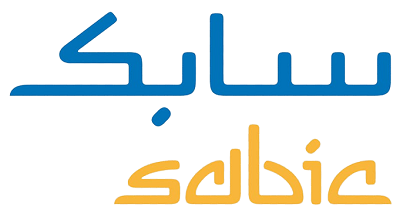