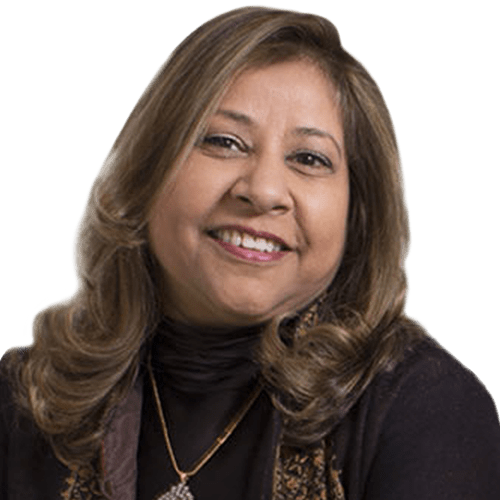 Anita has been a Northern Virginia-based entrepreneur for the past three decades. She is part of a sibling entrepreneurial team, and in 1989, Anita and her brothers (and business partners), Rakesh and Neal founded Aptara. Aptara grew to be the largest publishing services company in the world with over 5000 employees, and was acquired in 2012. The company is based in Falls Church, VA.

In 2009, Anita and her partners founded KiwiTech. KiwiTech has created an ecosystem for entrepreneurs to succeed by supporting their technology development and investment efforts. At KiwiTech, Anita has driven start-up as well as mid- to large-enterprise sales and marketing. Anita's passion for the entrepreneurial dream led to speaking opportunities at various conferences and events, including the Society of Physician Entrepreneurs' National Capital Meeting, FICCI's Big Data and Analytics Conclave in New Delhi, and KiwiTech's Female Founder Demo Day. She has also been featured in the Marietta College's alumni magazine, Trailblazer.

A native of Marietta, Ohio, Anita has a bachelor's degree in computer science from Marietta College. Her interest in public and private governance led her to a master's degree in Public Policy from Harvard University.

More about the companies:

• KiwiTech — In 2009, Anita co-founded KiwiTech, which started as a technology services company and has evolved into a top-tier startup accelerator and innovation platform. KiwiTech leverages technology and a proven entrepreneurial team to provide cutting-edge solutions to startups and enterprises.

And the community organizations:

• The Leadership Foundry — This program helps participants develop the core competencies needed to successfully serve on a corporate board. The nine-month program, based in the Washington D.C. metro area includes an intensive board training class conducted by the National Association of Corporate Directors (NACD), as well as monthly training and opportunities to make meaningful connections and build trusted relationships through networking events.

• Community Foundation for Northern Virginia — We have the knowledge, insight, and networks to transform a mere gift of charitable dollars into real impact on real lives. We enhance our donors' philanthropy with research and hard work that helps create something meaningful and support something worthy.